How to make an Order Online - Follow 3 steps below

Have a valid ID for age verification (21 and older)

Pick gifts from the online store 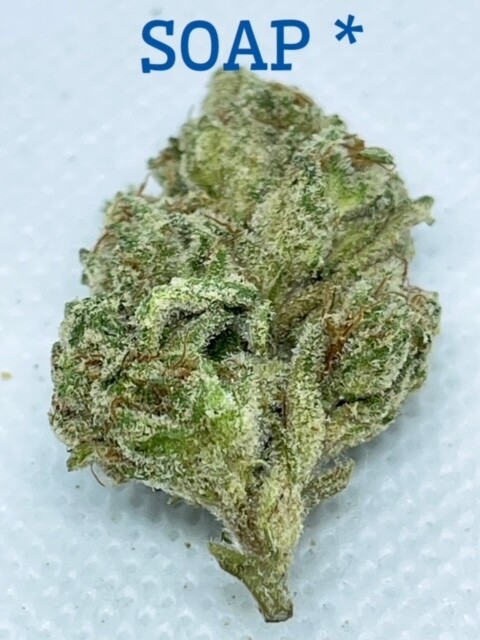 Soap reduces stress, making this strain popular among users suffering from ADHD and anxiety. A relaxing, but steady stream of energy reportedly accompanies this focus, which is why most users preferred to use this strain during the day. Whether to work on a creative project or tackle mundane chores is up to the user, as many say this strain has the potential to help ignite golden ideas, or make the boring fascinating. Users reported feelings of extreme comfort and reduction in pain when using The Soap. Instead of being couch-locked, feelings of being lighter and moving about more freely have been noted. The muscles and nerves of the body seem to release tension, according to some, likely due to the dominant terpene, Beta-Caryophyllene.

Save this product for later
Display prices in: USD